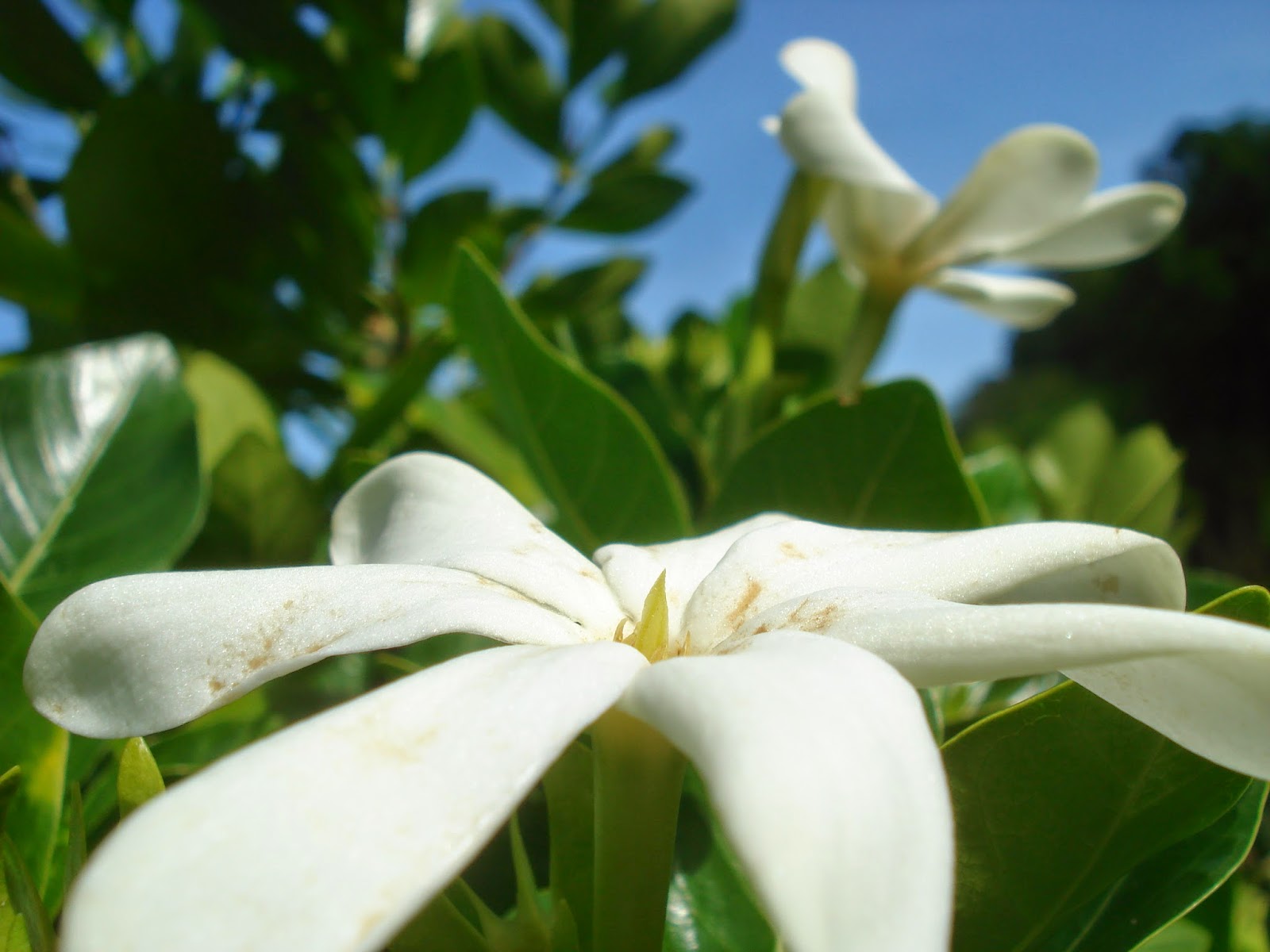 The flight seemed to last an eternity; I had forgotten how remote Hawaii really is… another world in all senses. In a dream-like state I drifted through airports, making flight connections and eating whenever the opportunity presented. BAD food. Awful, chemically-laden, airport food. My stomach felt bloated and I was in a constant cloud of my own horrible gas. I expected that by contrast, the plumeria-scented Hawaiian air would be sublime.

I finally arrived in Honolulu and needed to book a flight to Kauai, the woman at the counter suggested that I plug in my laptop and make a reservation online, thereby saving myself about $50 or so; the Aloha spirit had welcomed me straight away. I contacted my good friend’s former boyfriend to let him know I would be arriving soon and he enthusiastically greeted me with a warm invitation to see a rare intimate performance of Krishna Das. I was in a quandary; bone-tired, bloated and farting to beat the band, all I wanted was to find a clean hotel room, fall into a deep slumber and then regroup in the morning. This warm and amiable fellow was presenting an opportunity to start exploring one of the many reasons I had come to Hawaii: to move outside my comfort zone, to stretch my boundaries and have new experiences.

At that moment, I got a Facebook message from another acquaintance that I met in an online class: I simply MUST see Krishna Das!! Did I know that he would be doing kirtan in Lihue that night when I arrived?? The venue was only 5 minutes from the airport and I felt myself leaning first one way then the next, should I go to the concert or should I go to bed?

After claiming my luggage at the Lihue airport, I perched myself on a bench to wait for Jamie to pick me up. A truly handsome man sat next to me and we began to chat about our long and grueling flights. His flight was even longer than mine, and he was telling me that he has been working with third world nations installing solar and sustainable energy systems since the 1970’s. I wanted to learn more about him and his good works, but at that moment Jamie arrived with arms outstretched to embrace me like his oldest, dearest friend. “It’s so great to meet you!” We both declared. I thanked Pete (the man on the bench) for his contributions to humanity and was whisked off. My energy was suddenly revived and I decided, what the hey… a little spiritual uplifting before bed never hurt anyone.

Krishna Das was wonderful. Children danced and ran around the perimeter of the auditorium, young women wearing flowing outfits bounced and chanted and floated about the room, devotees swayed in their seats, unabashedly ecstatic. I stayed for a while when my fatigue finally over whelmed me; Jamie handed me the car keys, gave me a hug and I was on my own.

The first snag I hit happened in the parking lot leaving the show. The windshield was filthy, so I turned on the wipers to clean them up a bit before driving in unfamiliar territory. It helped only slightly, but then the bloody things wouldn’t shut off! I turned around, parked, shut the car off and tried to restart it; the key wouldn’t turn. With a sigh of resignation I returned to the auditorium to tell Jamie that the car didn’t like me and I needed some help. Naturally, the car started right up for him (there’s a trick) and he shut off the wipers (another trick). I used some Windex and paper towels; (oh look! Sitting right there on the floor of the passenger side!!) Hawaiian magic had begun.

In the dark, I thought it best that I use my GPS to find the hotel, but that didn’t work out. Eventually, I saw my oasis and booked a nice clean and reasonably priced room. A cute little cockroach greeted me in the bathroom; I was on their turf now, so I had better get used to it. No worries, I thought, they clean up our refuse and that’s important. I slept deeply.

The morning sun was bright and I was ready for my adventures to begin. I called my old friend Mike who lives here on Kauai and he was enthusiastic about reconnecting.  We had a fantastic breakfast at a restaurant I remembered from the last time I visited and then he drove me down to the government offices to get my camping permits. This was very helpful, because I was able to see the streets in the daylight and get my bearings. I also needed to buy a pair of sunglasses, as I left mine back in CT.

Mike loaned me a towel, beach chair and a cooler –all the comforts- and I went off to set up my first campsite. This is where the adventure I was seeking truly began, but that is the next chapter. In the meantime, here’s a little diary entry from that first blissful night:

I have arrived. Kauai. I love this place, I can’t believe I’m here… finally. I am sitting at a picnic table at Anini Beach in Kilauea, camped under a Kaimani tree with the only sound is distant fellow campers mostly drowned out by the surf that is crashing about 20 feet from my front door… er check that… front flap. I had some local lettuces, goat cheese and avocado for dinner and I’m still waiting on the red rice… it seems to be taking forever.
Whew. That was a close wave… we are protected here by a reef, people enjoy some of the safest swimming and about the best snorkeling on the island here. I heard today on a local community radio station the reefs are dying here on Kauai. Pesticides, Chemicals and fertilizers are doing such damage it seems like a race for us to finally awaken those that still slumber in their unsustainable reverie. Perhaps the land of coffee is the best place to wake people up…. Which reminds me that there is a serious infestation of coffee borer worms on the Big Island that is putting all the Kona coffee in jeopardy!
Oh Humanity!!!!
Time to check the rice…  OH HAPPY DAY! It’s done. Food is especially delicious right now. My appetite is stimulated by the air, the surf, the wildness… and my solitude. I am not entirely alone here. I am so grateful that my old friend Mike still lives here. He came to have breakfast with me today and to pick up my camping permits. It’s been over ten years since we saw each other and yet, apart from our hair being greyer now, it seems like no time has passed at all. What a good friend! He’s given me a beach chair, a cooler, water bottle and the luxury of a hot shower from time to time. He even managed to find me a sweet deal on a night at the Westin with his employee perks! Damn, this is good rice.
Tomorrow a large front is supposed to moving in; it’s par for the course when I set up a tent here!  The exciting thing is, we may get thunder storms, which is a rare occurrence here. I hope that my Kaimani tree and tent hold their own. Well, I think I am going to start settling in for the night. I need to get an early bedtime in, the sunrise will be my alarm tomorrow.
Aloha. 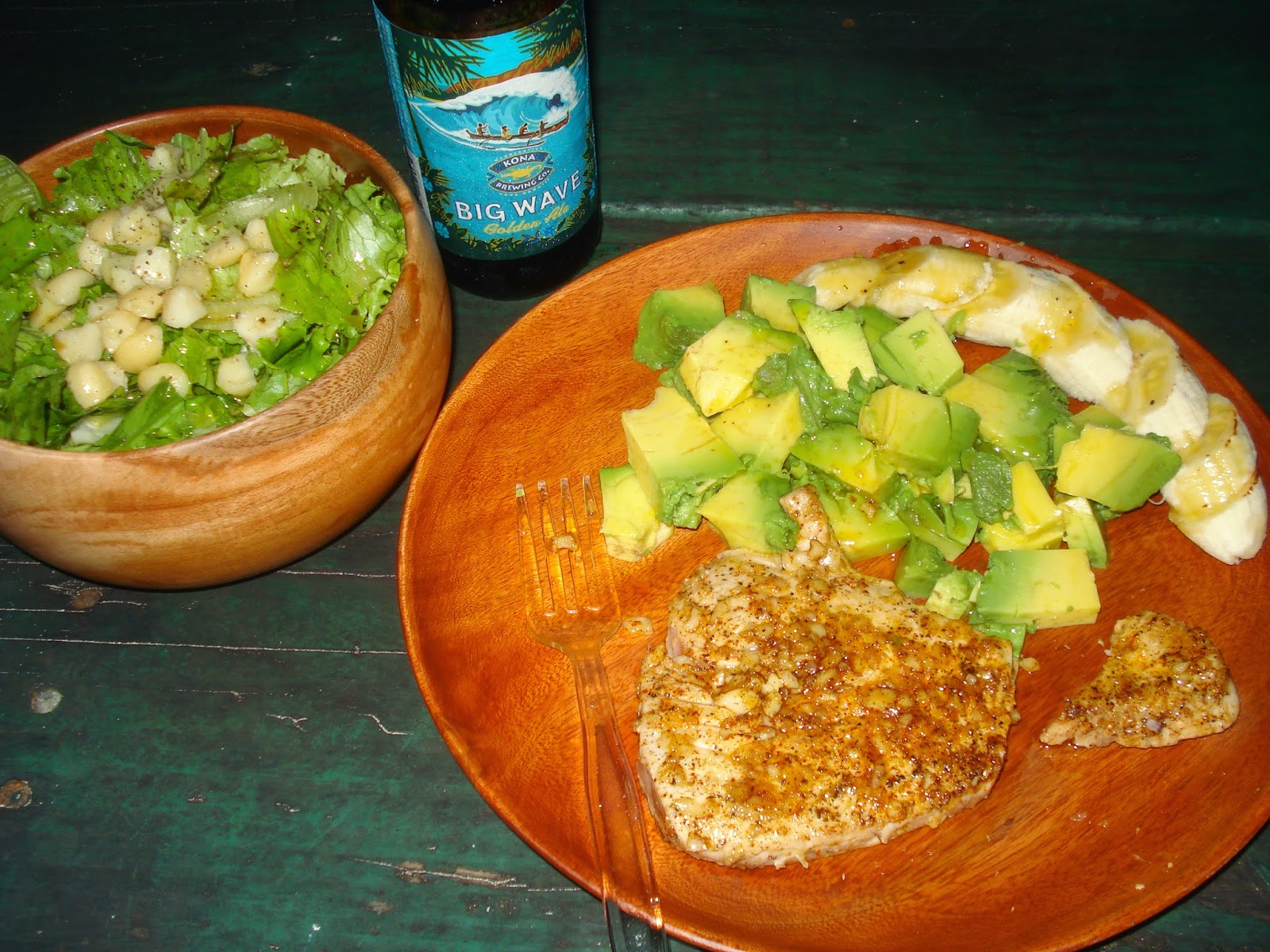